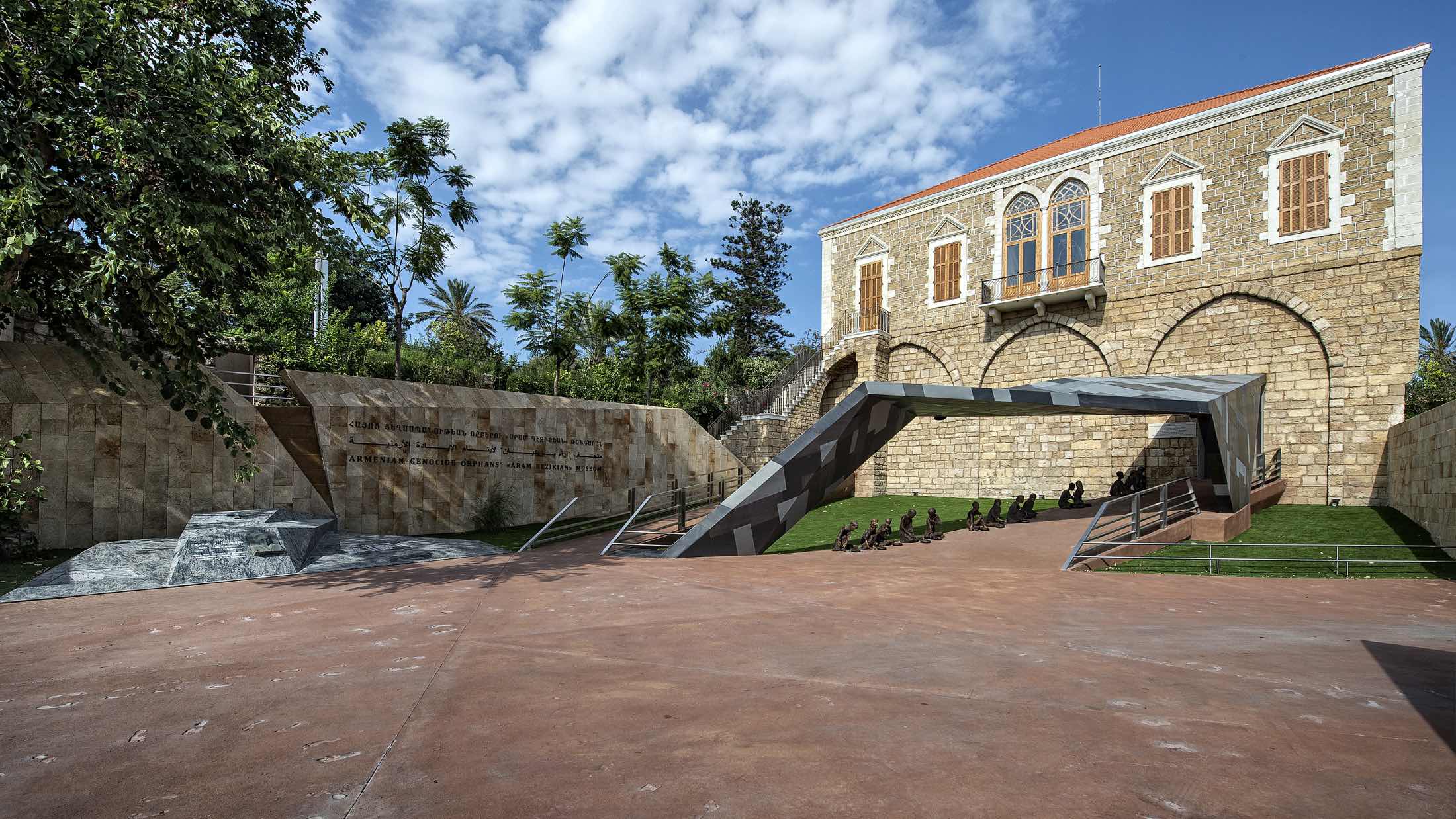 The Armenian Genocide Orphans’ “Aram Bezikian” Museum is the first museum in the diaspora, outside of Armenia, that provides a physical space for the communal recognition and remembrance of the first massive genocide of the 20th Century.

During the massacres of 1915, around one and half million Armenians were eliminated from their historic homeland through forced deportations and massacres. The presence of this museum is crucial to honor the lives of the victims and demand justice in face of the continuous denial of this atrocious act.

The museum was constructed in the Byblos area, specifically, in the Bird’s Nest Orphanage that, immediately after the tragic massacres of 1915, hosted orphans who had survived those massacres. This project transformed their pillars of shelter into an eternal space of recognition and remembrance. 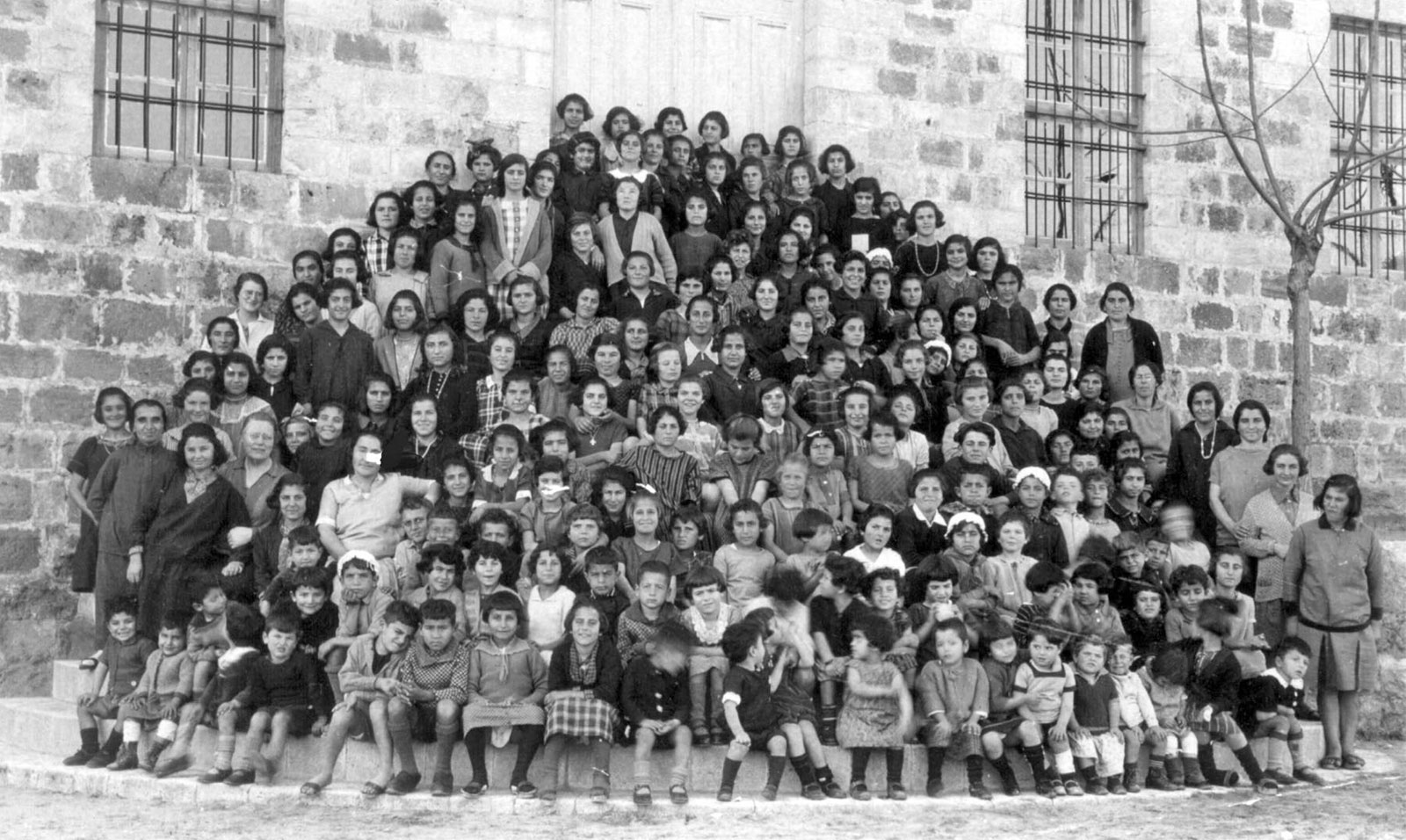 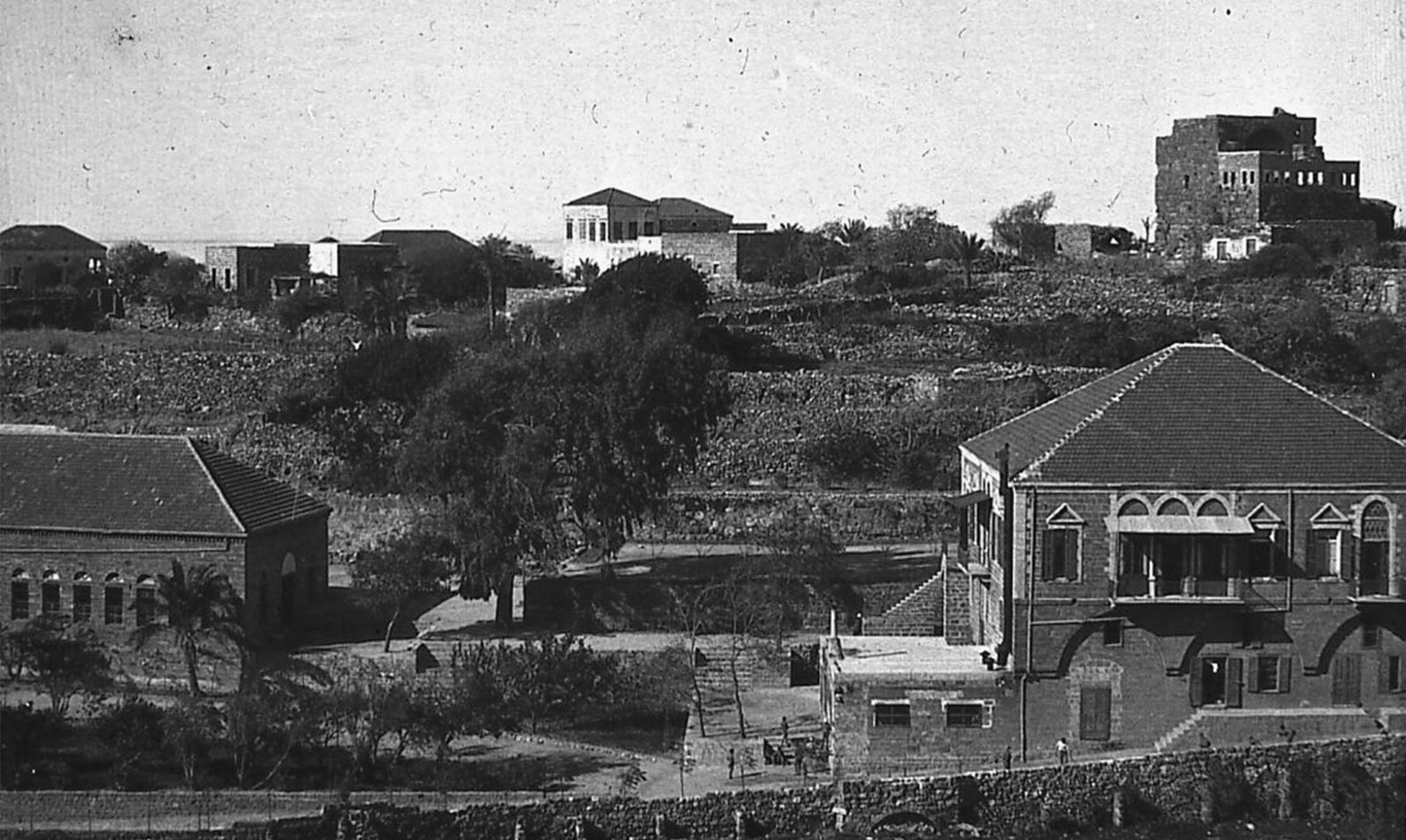 Inspired by a picture representing the setting and condition of the orphans in 1923, the outside section of the museum, the orphans’ playground area, revives the starving orphans as visitors feel their presence through their sculptures, step over the traces of their footsteps, and hear the echoes of their voices. 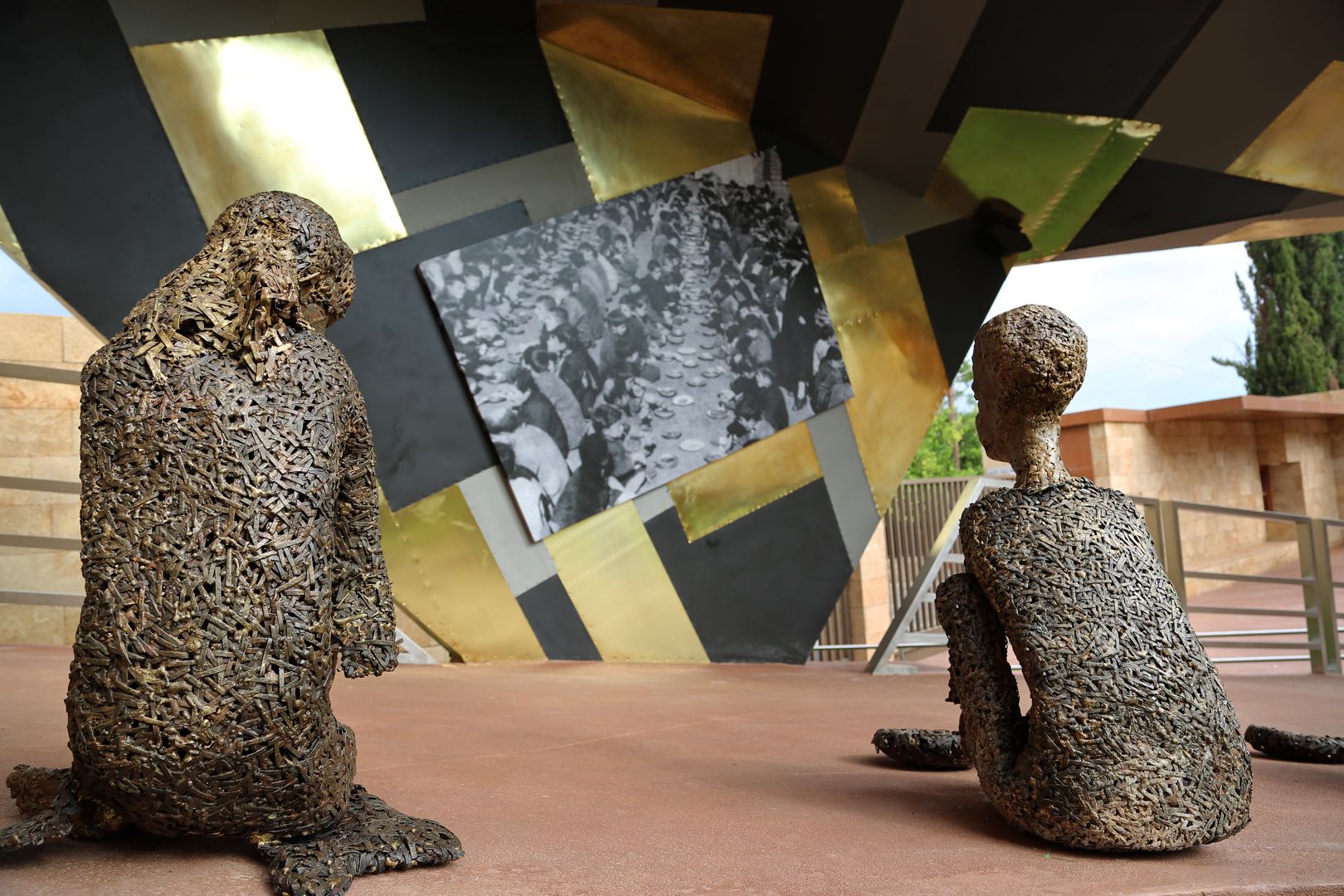 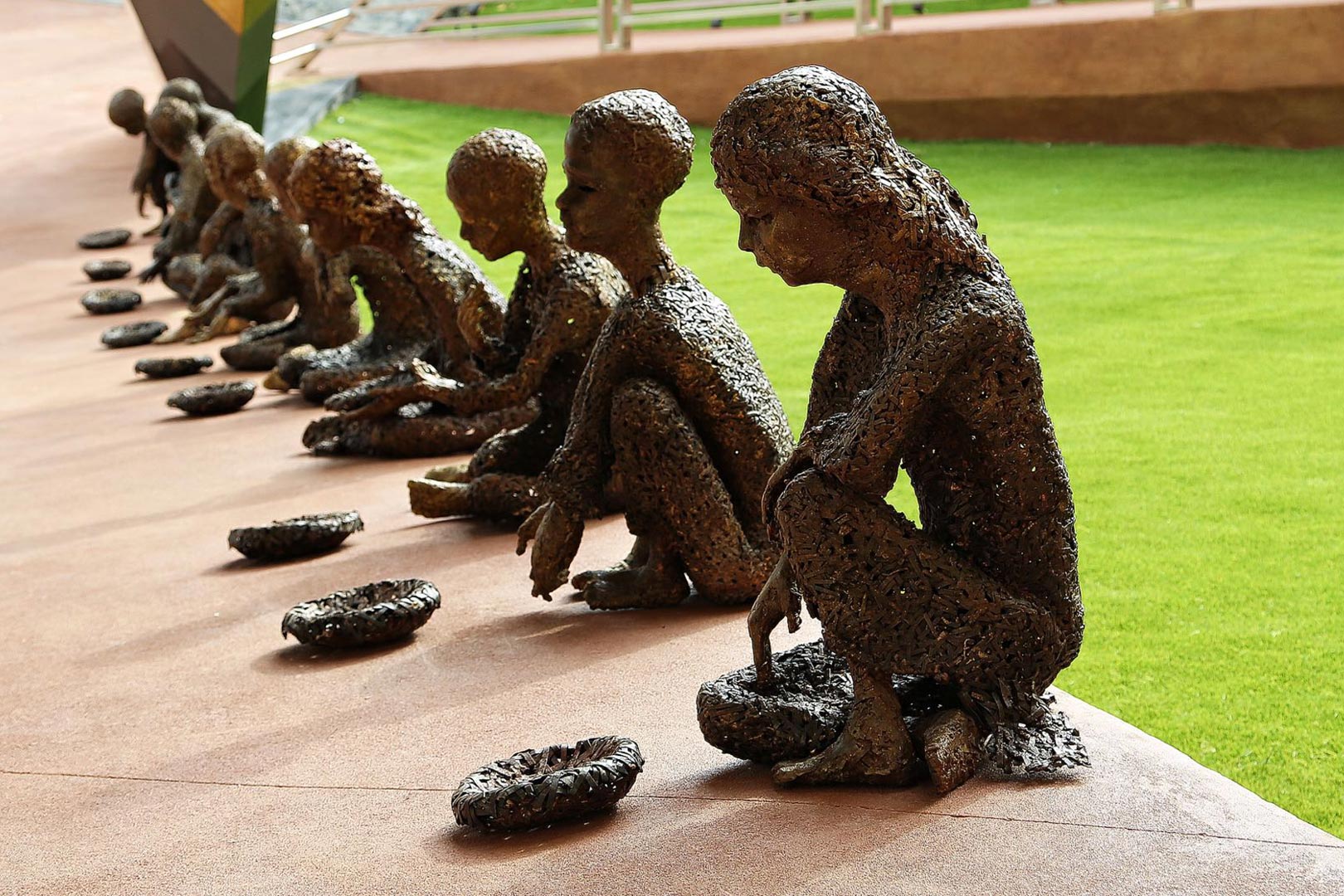 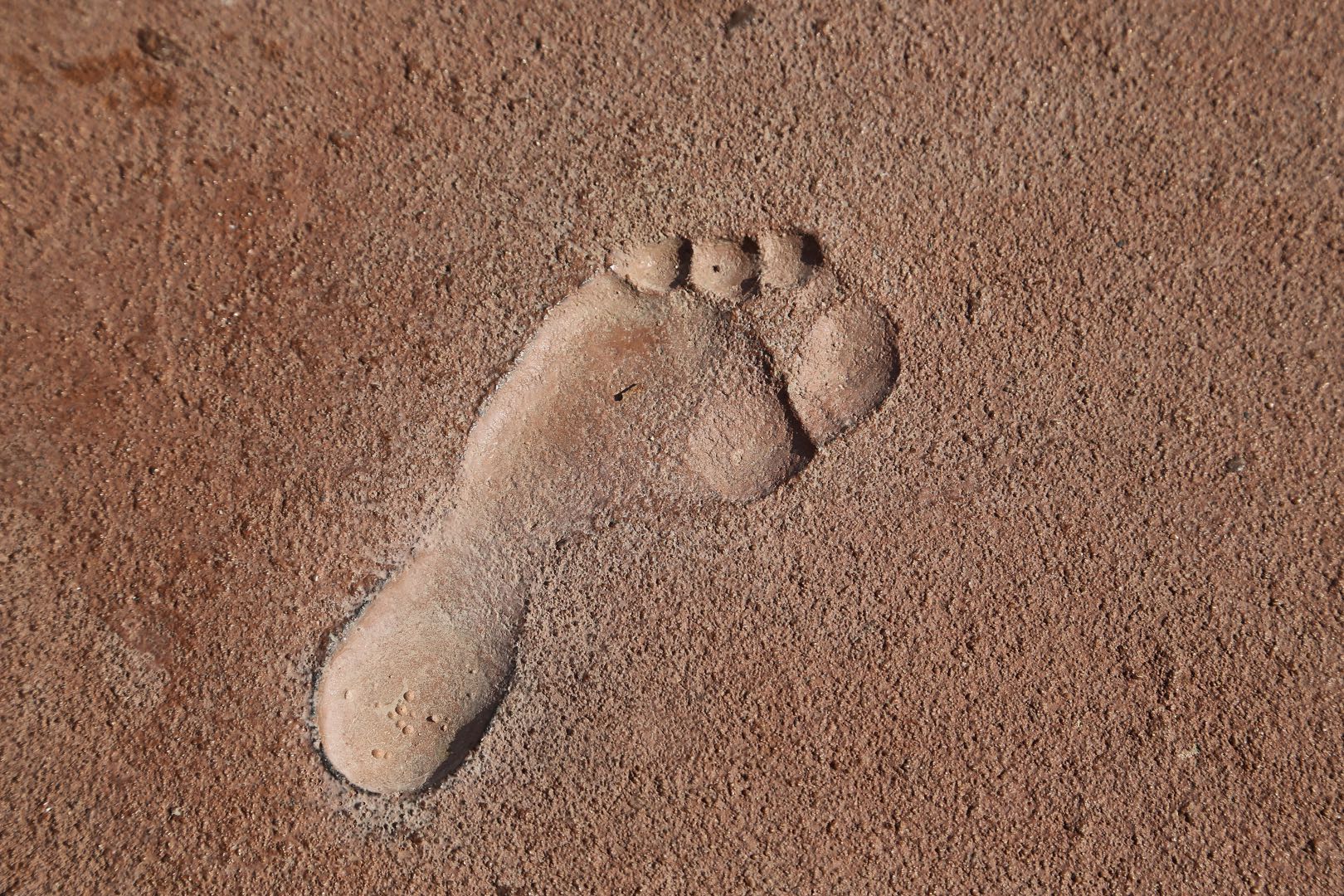 under a symbolic canopy representing the protection provided by Danish Missionary Maria Jacobson, then transforms the visitors’ present reality into an alternate reality which carries a message of past existence. 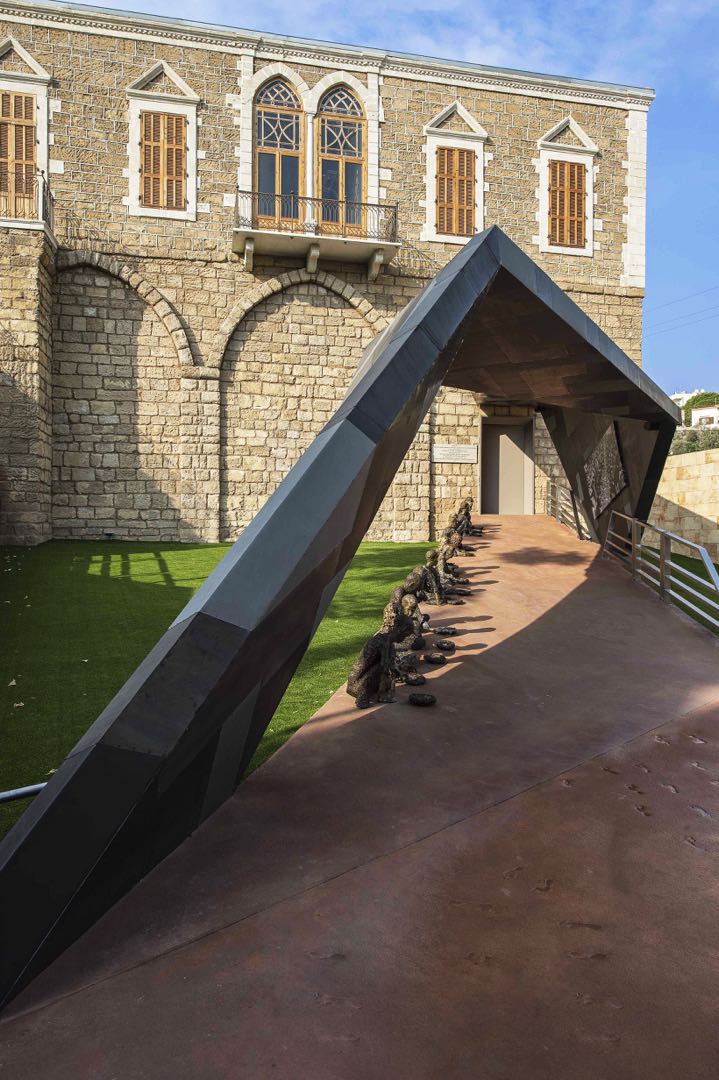 The internal section is divided into three zones:
The Genocide Zone, the Orphans’ Zone, and the Renaissance Zone. 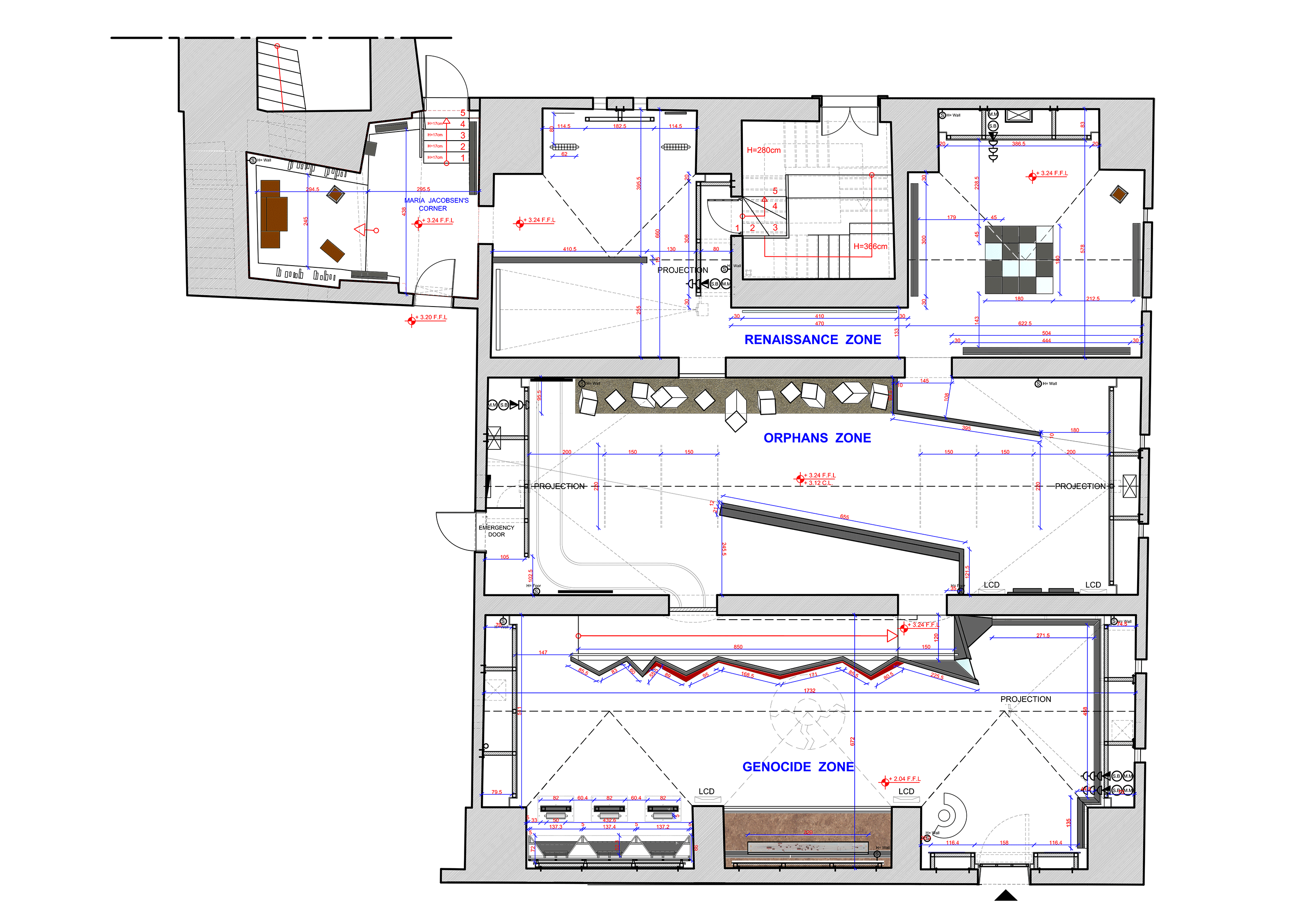 The first zone represents a factual timeline of the Armenian Genocide narrated through a display of the dark pages of a thoroughly-preplanned genocide executed by the Ottoman Empire. Visitors become aware of the details of the tragic story that lead to the 1915 massacres.

A shattered bell lurks in the middle of this zone symbolizing the intentional and brutal destruction of Armenian churches. Its ruptured exterior and missing clapper describe the savage act of silencing and overpowering the entirety of the Armenian nation. 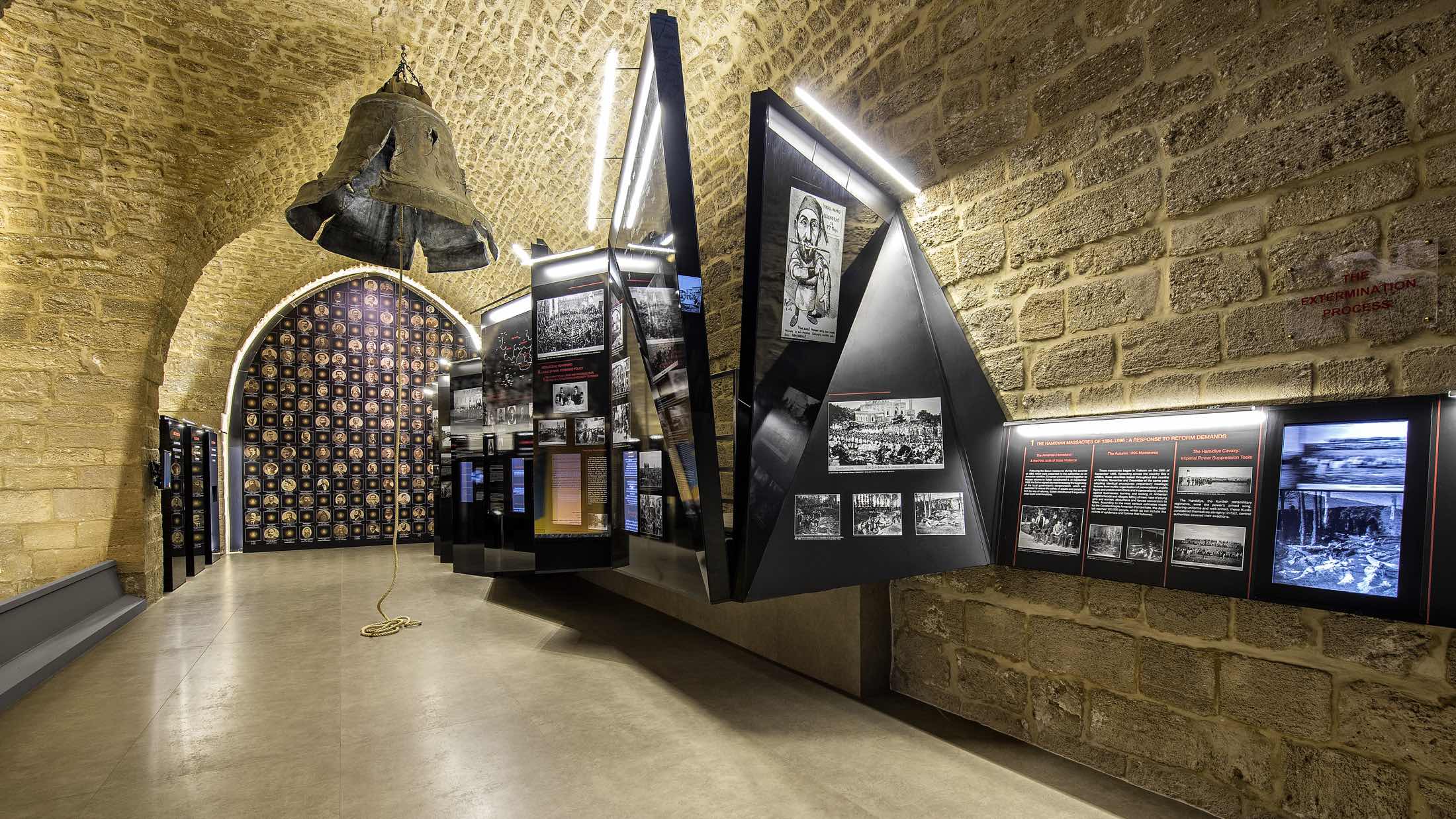 The second zone represents the surviving passage of the orphans who overcame their dark, traumatic experiences of genocide survival and embraced their new identities as orphans.

This zone depicts, through visual maps, the global distribution of the Armenian orphanages.

The bare feet of the orphans and the display of their names mark the timeless presence of the surviving orphans. 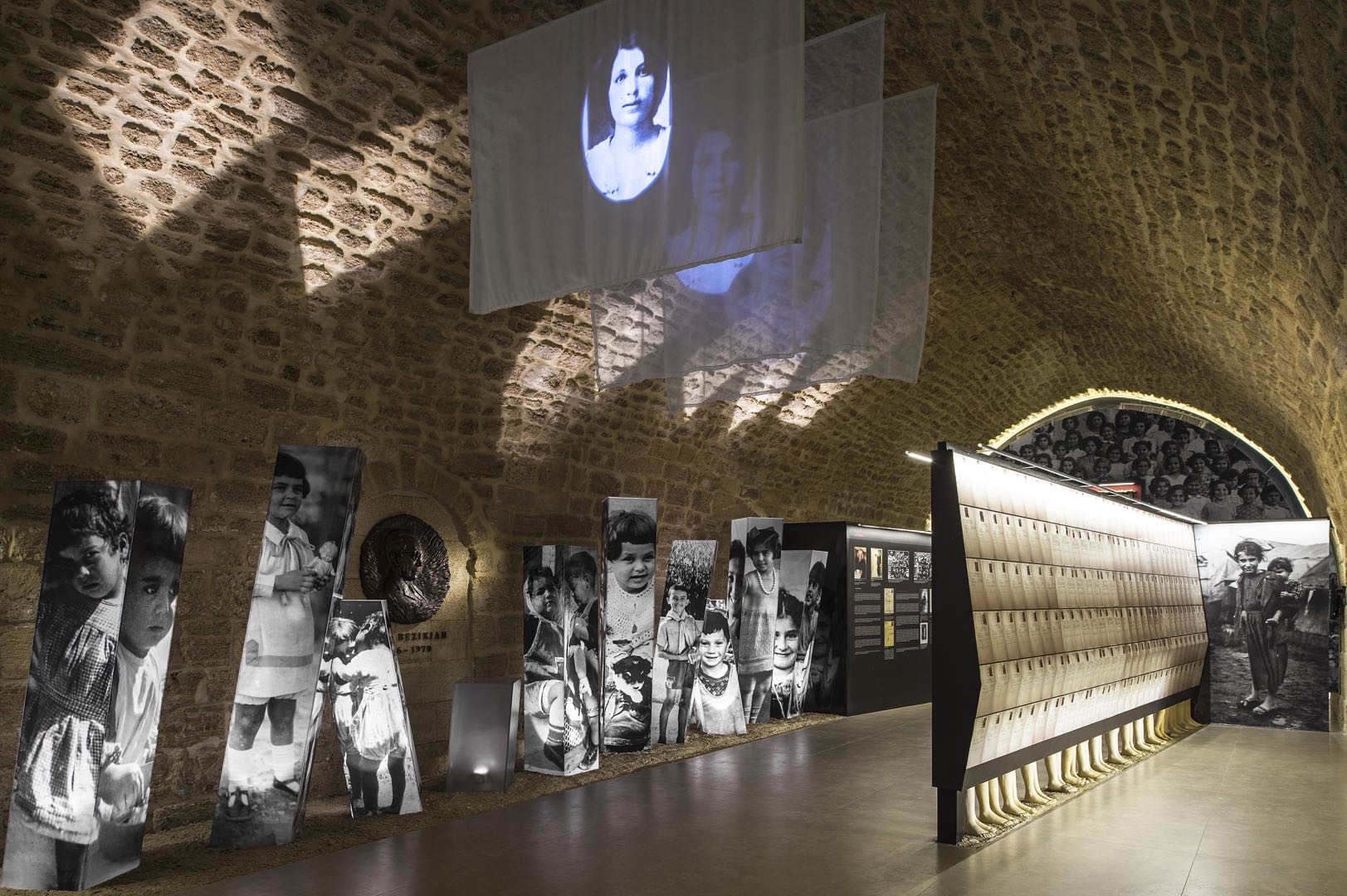 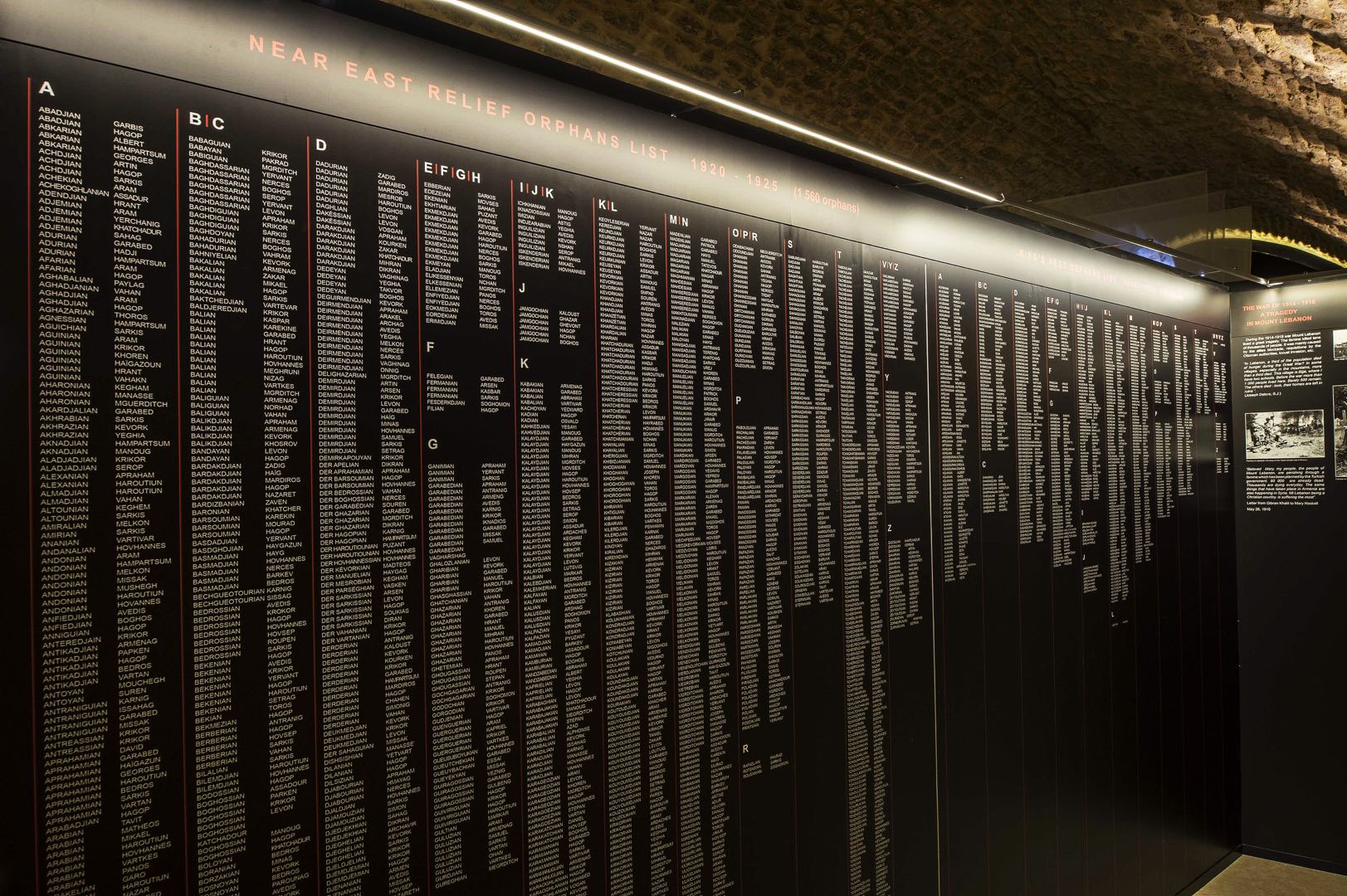 The third zone sheds light on the rebirth of the Armenian nation in Lebanon. It shows pictures of their chronological development from living in tents to constructing wooden shacks all the way to forming organized districts, churches, schools, and a university.

It also displays objects that are reflective of the various handicrafts Armenians mastered such as photography, music, shoemaking, crochet, etc. 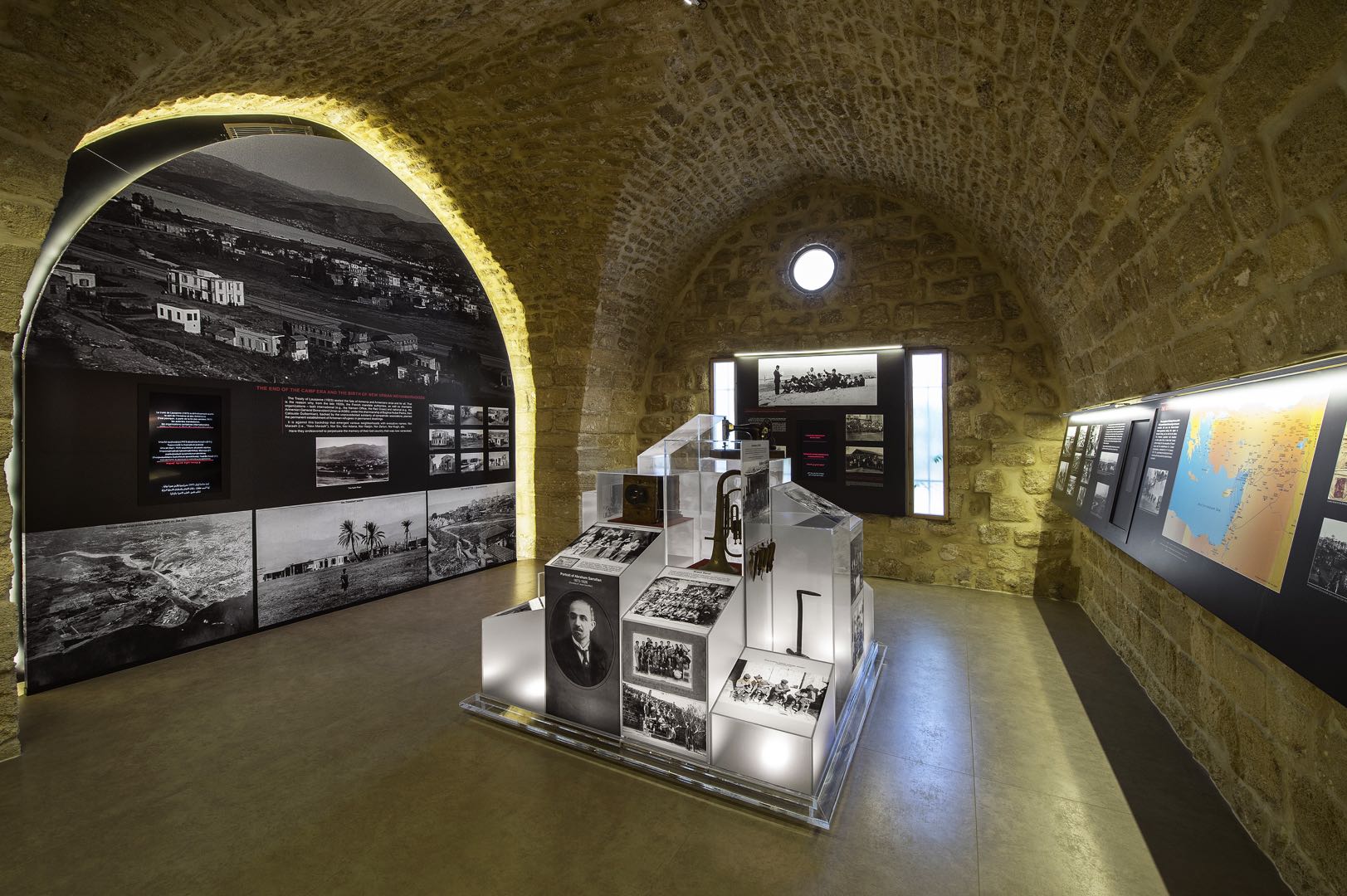 The final room in this zone is devoted to Maria Jacobson: the Danish humanitarian who left behind her birthplace and disregarded all difficulties to dedicate herself to raising the orphans who desperately needed a caring “mama.” 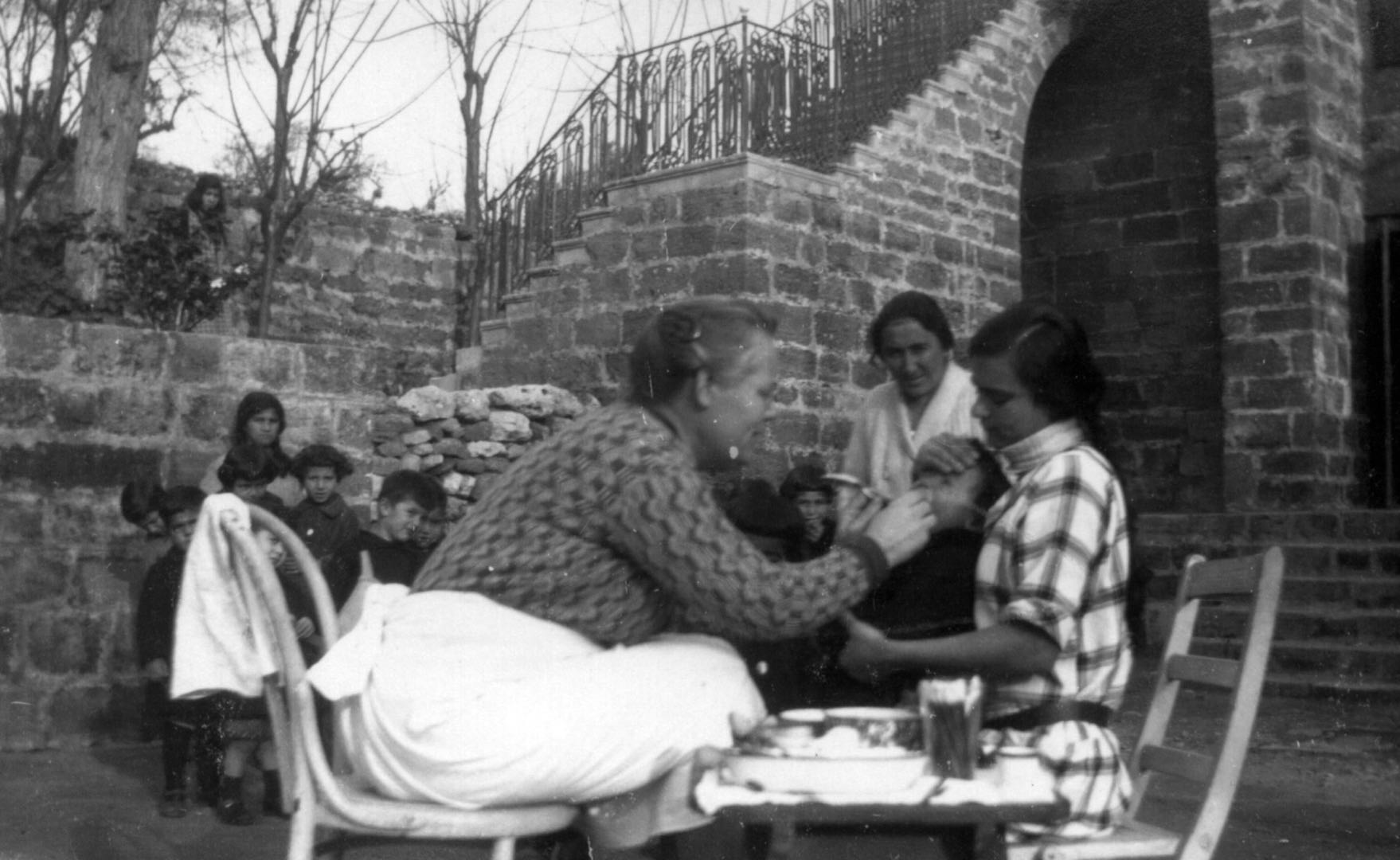 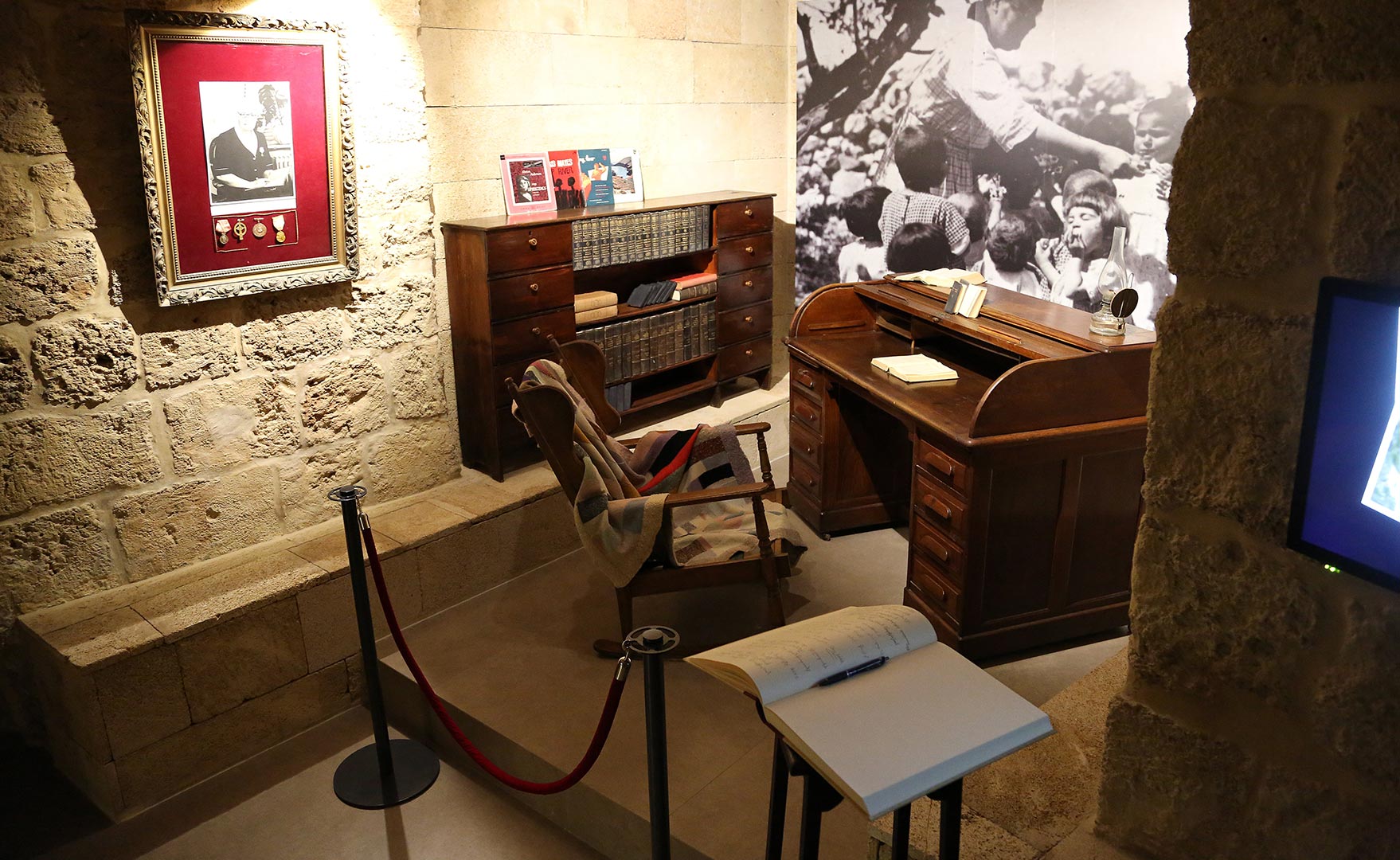 This museum is dedicated to the life and resilience of the orphans. It is a place for the global community, people of all backgrounds and walks of life, to assemble and realize positive change while also creating a space to honor the lives lost.

Reviving a nation by following the footsteps of small, bare feet: the orphans’.